Geo-locators that are based on 50 year old legacy cell tower locations systems – are pretty useless when it comes to geo-fencing an area. Even when the area is the state of New Jersey

Fortunately, some gaming companies think there is a better way – geo-zones. And we are in discussions with two of them.

The Division of Gaming Enforcement (DGE) found that GAN had activated software on the Android application that it powers for Betfair, which allowed players not present in the state to illegally play online casino games.

Six people in total were able to access the game outside New Jersey as a result of issues with the software, with the six wagering less than $350 in total.

The DGE noted in its decision that GAN subsequently reconfigured the Android software, which has since been tested and approved by the regulator, to ensure that out-of-state players cannot access real-money gaming content.

Yet despite evidence of mitigating circumstances presented by GAN, the regulator still saw fit to impose a financial penalty for the supplier’s failures under the Consent Decree signed in order to secure its New Jersey license.

As a result of the software being activated without full testing, the DGE imposed a $25,000 fine on GAN.

Shares in GAN plc (Co.Data) (AIM:GAN) were trading at 32.50 pence per share in London Wednesday morning.

Geo-locators are based on radial distance from a cell tower – so a cell tower in Hoboken NJ would cover most of Manhattan.

The regulators wouldn’t know if the user was in Hoboken or Brooklyn : 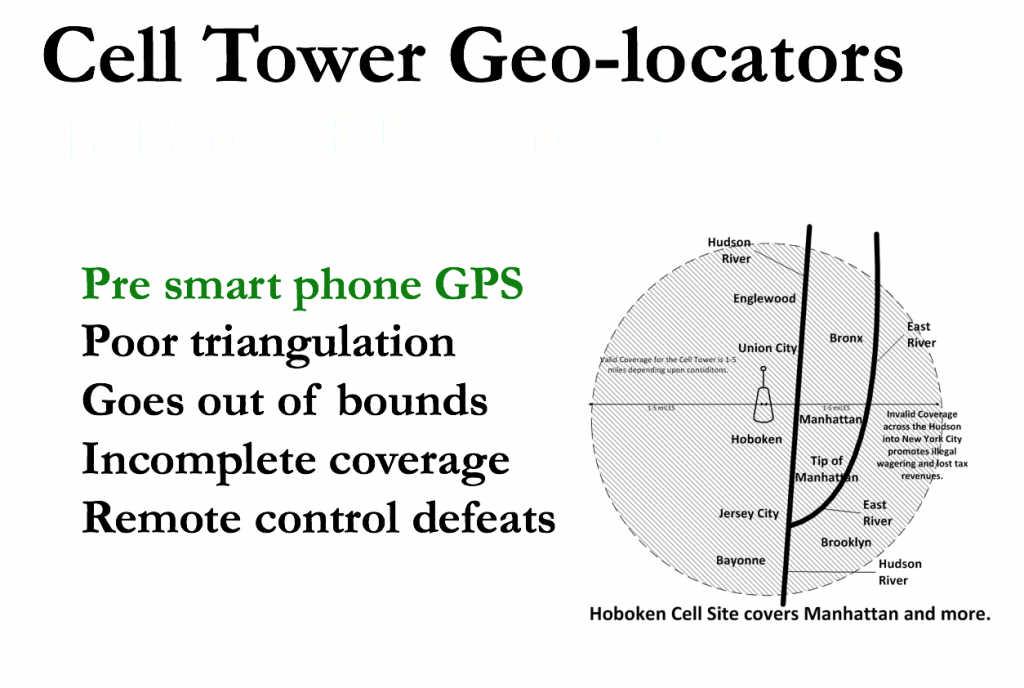